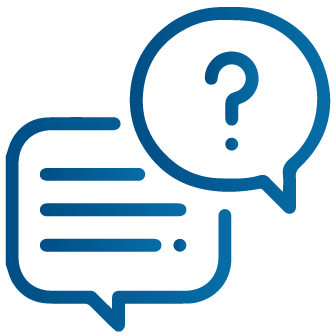 Do you have questions on the subject or would you like to learn more about our products?

Our team is happy to help you!

Interview with Gerd Mittermaier about autonomous driving, the accompanying innovations in on-board networks, and the role of insurance companies and streaming services.

“Numerous content providers such as streaming services will support and promote the further development of autonomous driving as they can sense a huge additional business revenue. Therefore, I think autonomous driving will become affordable for most people.”

Tech Talk is a series of interviews that introduce you to some inspiring personalities within and outside of MD as well as to the world of technology, innovation, and more. In this episode, we sat down with Gerd Mittermaier, Global Vice President Product Management – Markets – R&D at MD.

We talk about his job at MD, completely autonomously driven vehicles, the accompanying usage scenarios and potential, and possible influences on the costs and role of MD in these developments. 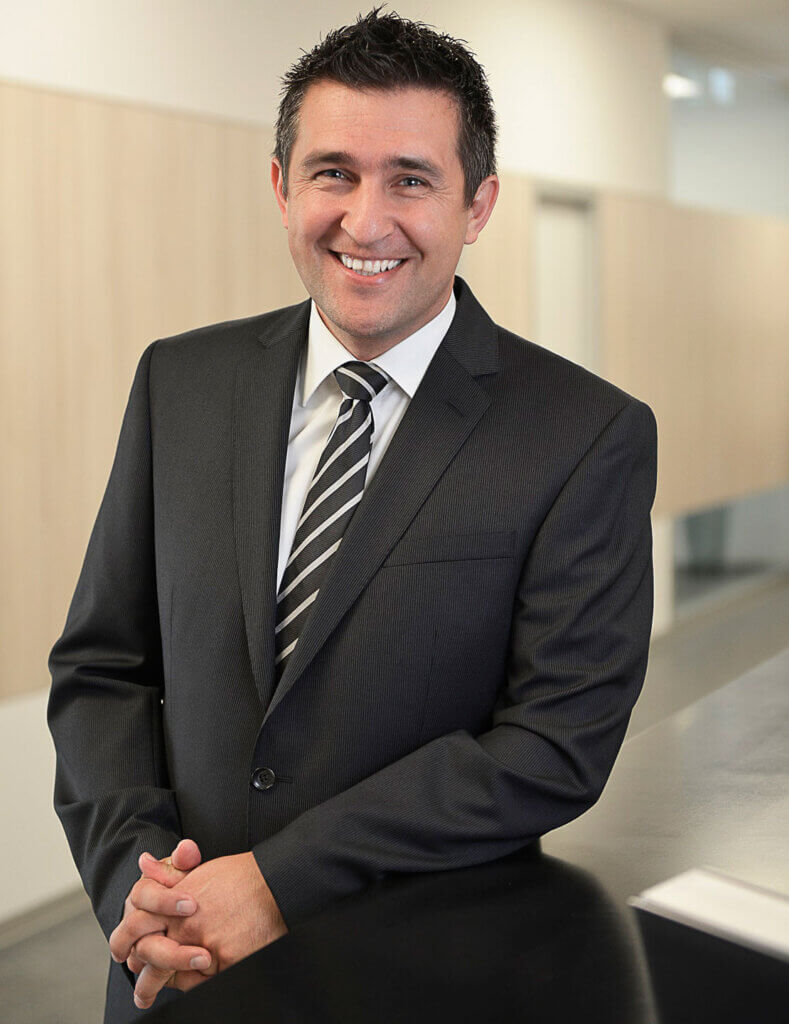 Gerd, please tell us a little bit about yourself. What inspires you most about your job?

After completing my studies in electrical engineering, I held various positions in the semi-conductor industry for more than eight years. I have been at MD since 2008 and have gained a lot of experience in a wide variety of areas here, so that I can help actively shape the company’s future with new ideas and approaches. I have been responsible for my current areas, Product Management and R&D, since 2013.

The most exciting thing about my job is that I can contribute meaningfully to the future of the automobile industry with regard to connectivity and communications. I believe that the industry, like many others, is in its greatest state of upheaval since the invention of the automobile more than 100 years ago. For me, there’s nothing more exciting than the change and opportunities that result from this.

Now let’s talk about the megatrend of autonomous driving. Where do we currently stand on the subject, what is the status quo?

Even at the first automotive congresses of the last decade, a wide variety of car manufacturers announced a fully autonomous vehicle by the end of the 2020s. The maturity levels are divided into five levels: from one (manual driving) to five (fully autonomous driving; human intervention not required for any situation).

Fully autonomous driving requires multiple sensors to detect the environment safely and in real time. In what is known as sensor fusion, data from cameras, LiDAR, radar and acceleration sensors – to name a few – are collected and forwarded to a central computer. The data must then be processed in the vehicle’s central computer incredibly quickly so that the algorithm can make the right decisions in a timely manner. This must be done much faster than the time required by humans.

However, judging from the latest statements, the introduction of Level 5 on public roads will be delayed until at least the mid-2030s due to technical and insurance issues. This is also reinforced by a survey of congress participants at the ELIV in Bonn in the fall of 2021.

However, fully autonomous vehicles are already in use in test operations around the world to gain initial experience. In the USA, the company Waymo from Arizona, is offering a cab service in a pilot project for selected people, and in China it is the car manufacturer AutoX. In Europe, Mercedes-Benz AG spearheads the “old” established automotive players with its first approved Level 3 vehicle.

California even offers the possibility of viewing a so-called “Autonomous Vehicle Collision Report” on the website of the “Department of Motor Vehicles” (DMV).

How, in your opinion, will this megatrend develop in the future?

The development of autonomous driving is well underway. However, a lot of development work will still be necessary here to reach Level 5 safely and stably.

We will see more and more (partially) autonomous vehicles on private property, such as mining vehicles, combine harvesters during harvesting, or loading vehicles in port facilities, to name just a few examples.

On public roads, in addition to the technical challenge, legislators are definitely needed to establish a basis for legal certainty in the event of accidents. And it is precisely this that will probably be handled differently in the various regions of the world. Globally active OEMs must then comply with worldwide requirements.

What potential arises from autonomous driving?

Autonomous driving has many advantages, but also one or two disadvantages. One of the most important aspects in the discussions is the goal of reducing the number of traffic accidents, especially serious traffic accidents. The reaction time of the autonomous driving vehicle will be shorter than that of humans. In addition, vehicles will also exchange data with each other to enable anticipatory and climate-friendly driving.

“Driving time” is unused / wasted time for many drivers. Once human intervention while driving is no longer necessary, the freed-up hours can be used elsewhere. Here I’m thinking of office work, but also of the numerous content providers such as streaming services, which are already sensing a huge additional business potential.

By expanding connectivity with other vehicles and infrastructure such as traffic lights, journeys can be made more environmentally friendly by optimizing routes, acceleration and braking. This also addresses environmental concerns without changing drive modes.

The amount of electronics in the vehicle will increase rapidly due to this megatrend, so I’d like to address the question of whether you think everyone will be able to afford autonomous driving?

That’s a very interesting question. There are some stakeholders that support and promote the further development of autonomous driving. First of all, there is the government, whose goal is to further reduce accidents. Area-wide autonomous driving will reduce the frequency of accidents. The resulting reduction in economic damage will be enormous. The insurance providers will certainly also have a great interest in this. Would insurance premiums perhaps even rise if people wanted to drive themselves manually? I don’t know, but in my opinion, it would be quite conceivable.

On the other hand, there are content providers such as streaming services, which, as already mentioned, sense a huge additional business potential. In the course of autonomous driving, driving time would be transformed into potential consumption time. In other words, more content can be offered and used via paid models.

Data rates and frequencies will increase rapidly in the course of autonomous driving. How do you think the on-board network will have to change to enable this development?

For some time now, technical journals have been highlighting and discussing the adaptation of the onboard network to the increasingly complex requirements, the keyword being “zone architecture”. The zone approach will then make it possible to implement more functions into the vehicle without the complexity (individual decentralized control units, one or two central computers, a wide variety of sensors, etc.) increasing exponentially. In addition, to improve the traceability of parts, the focus will also be on automating the wiring harness production. Currently, the largest portions of the wiring harness are produced manually in low-wage countries. Furthermore, ever higher data rates will be required in an electromagnetic environment. This will lead to further optimized connector and cable components in the copper area. In addition, optical data transmission will also find its way into vehicles in some areas. The first standards for this are already being discussed and defined in the IEEE groups.

Gerd, last but not least, what is MD doing to be prepared for the changes?

MD has been known for years for its focus on the highly automated manufacturing of cable assemblies. A modular approach allows us to respond quickly to changing volume and component requirements. Set-up costs can be reduced accordingly. In addition, MD started developing the first axle cabling system back in 2012, enabling system-based traceability at part level. This can be used when necessary requirements arise. I am thinking here of FIT (Failure in Time) and MTTF (Mean Time to Failure) rate calculations. Furthermore, we are constantly expanding our product portfolio with components with even higher data rates. For example, in addition to copper-based systems such as C-KLIC, we are already developing optical data transmission solutions in case the copper-based transmission medium is no longer sufficient in the future.

Due to the strong increase in demand for coax and multi-core cables in the automotive industry, we are also continuously working on further expanding our manufacturing capacities worldwide.

Gerd, thank you very much for this fascinating interview!

Autonomous driving assumes a lot of additional sophisticated technology, such as sensor fusion in vehicles. When it comes to on-board networks, the reaction to this development is “zone architecture.” In order to keep costs for these things in check, savings or cross-funding in several areas must be considered: On the one hand, safety increases with autonomous driving, which means that insurance costs may decline; on the other hand, time “behind the steering wheel” can be used productively or for media consumption. Streaming providers already see potential here for new sales channels. From the supplier side, MD will keep costs as low as possible thanks to a constantly increasing degree of automation. Contact us now to learn more about how MD is making autonomous driving possible!